I am a Postdoctoral Fellow at the Leeds Arts and Humanities Research Institute. In April 2019, I successfully gained my PhD in Comparative Literature. My doctoral research project, 'Creaturely Forms', investigates how three celebrated writers turned to the figure of the animal at the end of the twentieth century. I suggest that these writers – W. G. Sebald, J. M. Coetzee, and Mahasweta Devi – all differently say "no" to modernity's war against animals, and in doing so their fictions glimpse less destructive ways in which humans might live with and alongside animality.

My PhD project was supervised by Dr Helen Finch and Dr Sam Durrant, and was conducted with the support of Prof Stuart Taberner's Leverhulme Trust Major Research Project "Traumatic Pasts, Cosmopolitanism, and Nation-Building in Contemporary German and South African Literature". My PhD research was fully funded by the School of Languages, Cultures and Societies and the Doctoral College.

Activities and engagement: I am an associate editor of the cultural studies and critical theory journal, parallax. Over the course of my PhD I have organised and convened a number of events. From 2015–2017 I convened the Creaturely Life reading group. In 2016/17 I co-directed Quilting Points, the interdisciplinary critical theory group. For this, Rachel Johnson and I explored the work of Hannah Arendt, and invited presentations from Profs. Simon Swift (Geneva), Patrick Hayden (St Andrews) and Lyndsey Stonebridge (East Anglia). I have also co-organised a number of workshops on World Literature and Memory Studies, including the WRoCAH-funded event World Against Globe: Reconceptualising World Literatures Today (April 2016); a joint workshop with Kings College London, Futures of Memory (Feb 2017), funded by the Leverhulme Trust; and, in May 2017, Ian Ellison and I hosted a one-day PGR conference on the future of studying W. G. Sebald, Beyond Sebald: New Trajectories in Sebald Studies, funded by the School of Languages, Cultures and Societies. In June 2018, I organised and hosted a conversation with journalist Daniel Trilling about borders, migration, and his recent book Lights in the Distance: Exile and Refuge at the Borders of Europe.

My research revolves around how literature and cinema differently destabilise our understanding of the "human".

'Industrial Aquacultures, Herring Fishing and Natural History in W. G. Sebald's The Rings of Saturn', in Literature and Meat Since 1900, ed. by Seán McCorry and John Miller (forthcoming with Palgrave Macmillan, 2020)

'Postscript, Posthuman: Werner Herzog's "Crocodile" at the End of the World', in Animal Biographies, ed. by André Krebber and Mieke Roscher (Basingstoke: Palgrave Macmillan, 2018), pp. 185-203. You can also listen to me discuss this paper on the Knowing Animals podcast here. 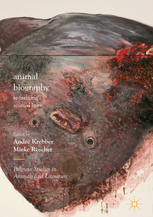 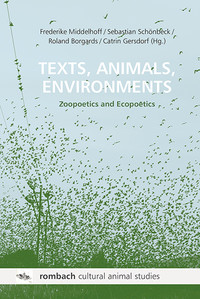